For some time now I’ve been in possession of the Sony PRS-T1 e-reader. E-readers are great devices and I find it much easier to read from an e-ink screen compared to a regular tablet screen.

However, there’s one thing which is really annoying specific to this Sony PRS-T1. It’s the home screen. Lucky for me the hardware runs on a modified Android OS, so there have been a lot of people modifying the looks and feels of the device. There’s a nice read of hacks and tweaks which can be found on this page.

To change this behavior you need to access one of the databases on the device and create a new trigger in it.

The databases on the device are (similar?)https://Lite](https://www.sqlite.org/) databases, therefore you can connect to them using the SQLite Administrator. After having installed this tool you can just open the books database on the device: 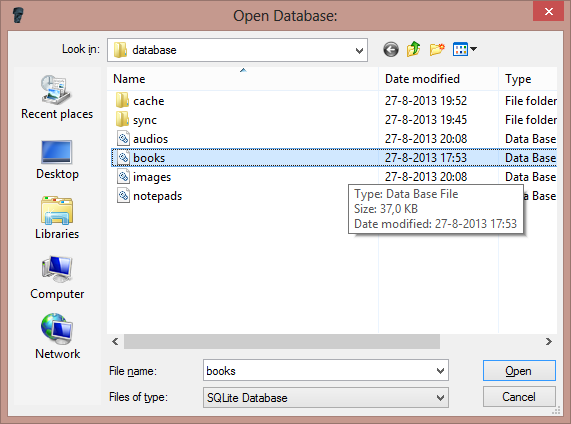 Run the following query on the database:

This creates a trigger which updates the books’ added date to the last date you’ve read it.

Note: If the above method damages your device, I can not be held responsible. Executing these modifications is at your own risk!

There’s not a lot of other stuff you can do in these databases, but if you want to root your device, it’s possible to run apps on it as well. I’m not really into that, so won’t try it out in the near future.