There are some cool features available in Linux. In an earlier post I already mentioned the apt-get functionality which is now also offered in Windows via Chocolatey. One of the other cool features is being able to execute something in the terminal as an Administrator by specifying sudo in the command.

Lucky for us Windows people, someone has created a tool which is able to do something similar as the Linux sudo-command. The tool is called Elevate and can be downloaded from over here: https://code.kliu.org/misc/elevate/

After you have downloaded the zip-file from the website, copy the appropriate executable to your System32-folder and you are good to go!

By specifying the Elevate command in the command prompt, PowerShell window, Windows Search or Run-window the command will now be executed as an Administrator. 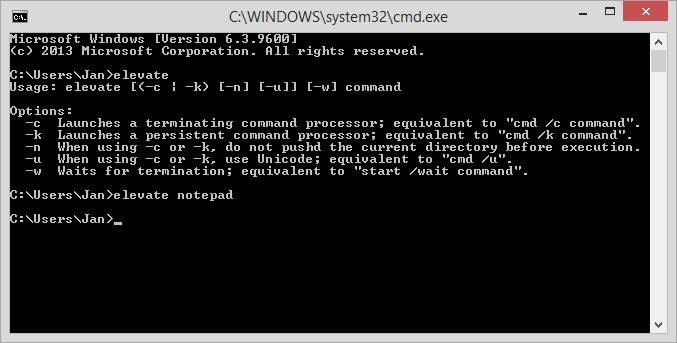 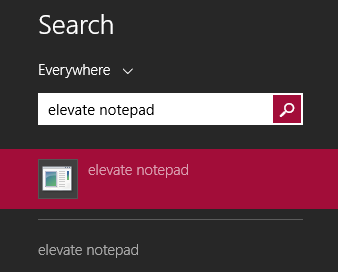 Depending on your UAC settings, you are still prompted with the question if you really want to run the application (Notepad) as an Administrator.

I think this functionality could be extremely useful if you want to run specific commands of a script as an Administrator.